All the organisations of joy delight me for your pleasure… 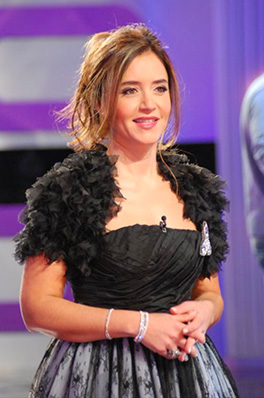 The stage has always been like a second home for me. After setting up my own personal show in Beirut when I was 20 years old, I was blessed with the opportunity of writing and staging three musicals in Paris. Those were hosted in the great Unesco auditorium and were always assembling very talented singers, dancers and comedians. I wanted my shows to be colourful and nostalgic, with a procession of costumes, dance, and all that enchants and conveys emotion. The scene and its thrills are so magical !

Television. In 1995, I was offered to host a program called “Bonjour Paris” by the Lebanese MTV channel. It lasted 3 years, and gave me the opportunity of interviewing several French celebrities, such as Charles Aznavour, Jean-Paul Belmondo, Patrick Bruel, Michel Drucker… I loved those sharing moments with my favourite stars. A few years later, I had been caught up by my passion for fashion. I therefore dived into great French and Italian stylists’ colours and silk for a 10-years-long fashion program on the Lebanese channel LBCI.  So much beauty and dream ! Then I collaborated with Péri Cochin, as part of the Zahret el Khalij program broadcasted on Abu Dhabi TV, as a fashion, decor and travel commentator. Those beauty and elegance reports enchanted me !

You can find all this information and more
on my website www.nicolechamimouradian.com